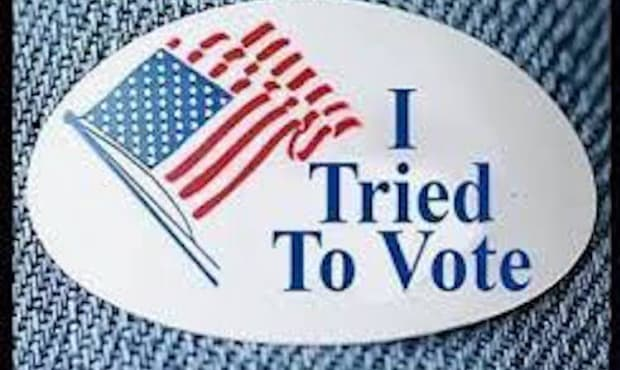 On Tuesday, May 7, we will be explaining to the GA Supreme Court why GA's elections must be transparent and accountable. The Secretary of State must not be permitted to configure all the voting machines and tabulators and count the ballots "in the dark." He is insisting in court that the ballot layout, tabulating instructions, tabulations, and ballot displays on touchscreen screens are super-secret and no one but his staff can know about them. And that any court case to challenge the process must protect his ability to count the ballots behind closed doors----in secret with secret software.

We were not permitted to have any discovery in the case. The Judge said that she was "getting pressure" to resolve the case, and that there was no time for discovery. She didn't disclose the source of the pressure. I'm referring to the 127,000 lost votes case in the Lt. Gov. election, with racial targeting impacting African American neighborhood precincts far more harshly.

Instead of electronic discovery, she ordered Fulton and Gwinnett to produce 700,000 pdfs 2 days before trial. They didn't. But Fulton lied and said that they did! What could we have possibly done with 700,000 pdfs in 2 days?? She denied our motions for a delay in the case to try to get evidence.

The misrepresentations that the SOS and the counties are making are just outrageous! They have been dishonest about the machines, the coding and the evidence that they are hiding.

We are asking the GA Supreme Court to reverse the Judge's errors and send the case back to the trial court, and permit discovery and assign a new judge.

Here is what a group of expert scientists said about the nonsense arguments the state is making about why they must withhold the details of the voting system.

Please help us with the costs of these multiple lawsuits. We are also suing in federal court to require hand marked paper ballots. We are challenging both the DREs and the new Ballot Marking Devices. Please help fund this campaign, just like you would fund a campaign for your favorite candidate. If you want them to win, it is an investment in the machinery of a campaign. The machinery of a lawsuit is very expensive as well. We will work to see a return on your investment. Your gifts to our non-partisan, non-profit organization are tax-deductible.

Thank you for your support.

We will fight any attempted implementation of this proposed BMD system in that case. In fact, discovery begins very soon as the case is just now reopening after Kemp and Raffensperger lost at the federal appeals court. The discovery process will immediately focus on the 127,000 lost votes in the Lt. Governor race and the targeting of African American voters whose votes were not counted, as well as other widespread irregularities.

If GA officials are foolish enough to buy these flawed machines, we will immediately challenge that effort within our case. This is expensive work! Although we at CGG take no compensation, attorneys, experts, clerical help, services must be paid. We need your immediate help to continue our efforts. Help Georgia get a new and secure voting system through court order, since the officials will not do the right thing on their own.

Your donations are tax deductible.

We issued the following press release today to tell the public of the latest alarming and devastating news from Georgia's election in November. Please help us get to the bottom of what happened here.

Our federal election security lawsuit goes into the discovery mode immediately, given that we just received a favorable ruling from the 11th Circuit Court of Appeals. With your help to support the expensive discovery process, we can get long overdue answers that only the litigation process will extract.

Atlanta—As previously reported by the Coalition for Good Governance, more than 127,000 votes appear to be missing in November’s election for Lieutenant Governor. Today, the Coalition released a preliminary report revealing the disproportionate loss of votes in heavily African American neighborhood precincts. The findings are a result of the Coalition’s analyses of publicly reported results and demographics of voters in the 2018 mid-term election. The Coalition’s report contains detailed findings and statistical analyses.

The report findings are summarized as follows:
Marilyn Marks, Executive Director for the Coalition for Good Governance, said, “The findings are deeply disturbing and difficult to accept, but the statistics and evidence show an undeniable pattern of extreme numbers of missing votes, concentrated in precincts in predominately African American neighborhoods. It is imperative that voters, voting rights advocates, and civic leaders demand clear and factual answers. Our pending lawsuits are poised to obtain the technical answers through the discovery process, but the public deserves more immediate answers. Georgia’s voters must also call for an immediate halt to electronic touchscreen voting, including the proposed unauditable touchscreen system that Governor Kemp and Secretary Raffensperger are promoting despite warnings from the nation’s leading experts in voting system security.”

Bruce Brown, Atlanta-based attorney for the Coalition and other plaintiffs in two election security lawsuits added: “It clearly is in the public interest to get to the bottom of this—to figure out what caused the votes to go missing when cast on electronic voting machines but not when the votes were cast on paper ballots. The Secretary of State should be leading the effort to figure this out, but instead is resisting every effort to get to the truth.”

Your contribution today will directly support the legal expenses incurred by Coalition for Good Governance, a nonpartisan, nonprofit organization (501(c)(3)) focused on election security and transparency.