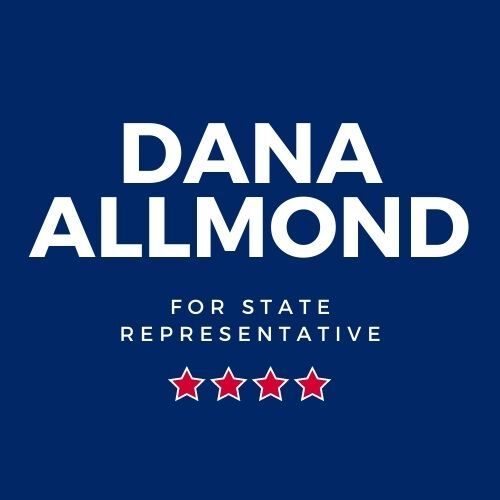 After more than 23 years of active duty service, Dana came home to Marana, Arizona, eager to continue to serve her country and community. She has done so by continuing her lifelong mission of advocating for veterans and military families at the state and federal levels.

At her commissioning as an officer, Dana proudly took an oath to support and defend the U.S. constitution against all enemies foreign and domestic. She lives by that oath every day. That's why she couldn't stay on the sidelines after the January 6th Insurrection. Current District 11 Representative Mark Finchem not only promoted the lies and conspiracy theories that led to the Capitol Riot, but he also attended the Stop the Steal rally and was present in Washington D.C. on the day of the Insurrection. It's still unclear whether he entered the Capitol, but the point is this: Rep. Finchem broke his oath to uphold our Constitution and our democracy. Worse yet, he still shows no remorse for his role in these attacks on our free and fair elections and continues to promote the same lies online. Now, he is accused of violating campaign finance law by having his supporters donate to his personal Venmo and PayPal accounts.

Dana lives in Marana with her husband Jon, an emergency medicine physician assistant at the Tucson VA, and her four children: Sydney, her oldest daughter, and triplets, Ciara, Aidan, and Parker. She's on a mission to secure a better future for her children and better representation for the people of this district. District 11 deserves a lifelong public servant who fights to protect our democracy, not someone who fights to overthrow it. She's fighting to be your next State Representative to protect our voting rights, to secure quality care for our veterans, and to fortify our public education system for her children and for every child in District 11. Join Dana in her mission for a better future by donating today!