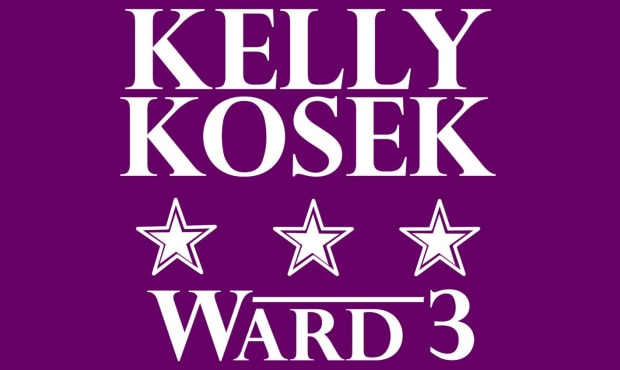 Kelly Kosek, a Mom and Lawyer for a Better Strongsville
My name is Kelly Kosek. I'm a mom, wife, and lawyer. I'm running to retain my seat on Strongsville City Council as the Ward 3 Councilwoman.

In 2017, I ran for an at-large seat on council. I was so close--I missed winning an at-large council seat by only 335 votes. Subsequently, when the Ward 3 seat became vacant, I was appointed to the open seat on Strongsville City Council on January 23, 2018.

In the year that I've served been on Council, we've seen some significant changes.

Second, because of my legal background, I took the initiative to write and introduce several charter amendments to council. One of the amendments changing the make up of the charter-review committee was overwhelmingly approved by voters.

Third, at my request, video of council meetings is now available online--not just as a streaming option. This has improved transparency for residents.

Together, we have made real change. I am so proud of what we've accomplished in 2018. But I'm not done. I want to continue to push to make Strongsville more family friendly and to improve the infrastructure in Ward 3, especially in regard to sidewalks and roads. I want to ensure that Strongsville remains strong and a desirable place to raise a family for years to come.

I hope you will join me in my 2019 campaign to retain the Ward 3 seat on council. If you are as excited as I am about continuing to make real change in local government, please donate to my 2019 campaign.

Thank you for all of your support.

All the best,
Kelly Kosek
(Paid for by Friends of Kelly A. Kosek.)