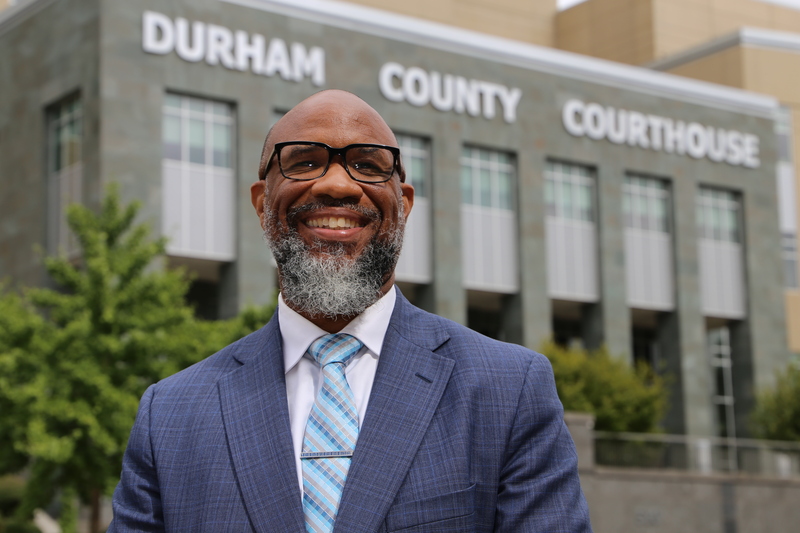 Committee to Elect Kevin Jones
Attorney Kevin Jones is a graduate of Vanderbilt University in Nashville, Tennessee. He came to North Carolina as a part of the Teach for America program in 1997. Kevin taught 5th grade at Braswell Elementary School, in Rocky Mount, NC for three years. It was during this time as a classroom teacher that he began to see how he could combine his passion for protecting the rights of others and his love for law.

In August 2000, he took the next step on the road to reaching his lifelong dream of becoming an attorney by attending North Carolina Central University School of Law. After receiving his law degree and being licensed to practice law in the state of North Carolina, Kevin began working as an Assistant Public Defender in Durham County. The 4 years he spent as a Public Defender allowed him to see how people can become lost in the justice system and their lives ruined when they don't have passionate, professional, and experienced representation.

In 2007 Kevin left the Public Defender’s Office and started The Law Office of Kevin E. Jones, PLLC. When Kevin established his Law Office in Durham, NC, it was his goal to create a law firm where all clients are informed about their rights, guided through complex legal issues, and protected from those who abuse the justice system.

Attorney Jones has spent the last 24 years serving the community as a classroom teacher and as an advocate for the underserved. The years spent giving to the community have inspired him to seek the opportunity to serve the citizens of Durham, NC as a District Court Judge. As a District Court Judge, his aim will be to practice judicial efficiency, balance judgment with mercy, and treat all who appear before the court with dignity and respect.