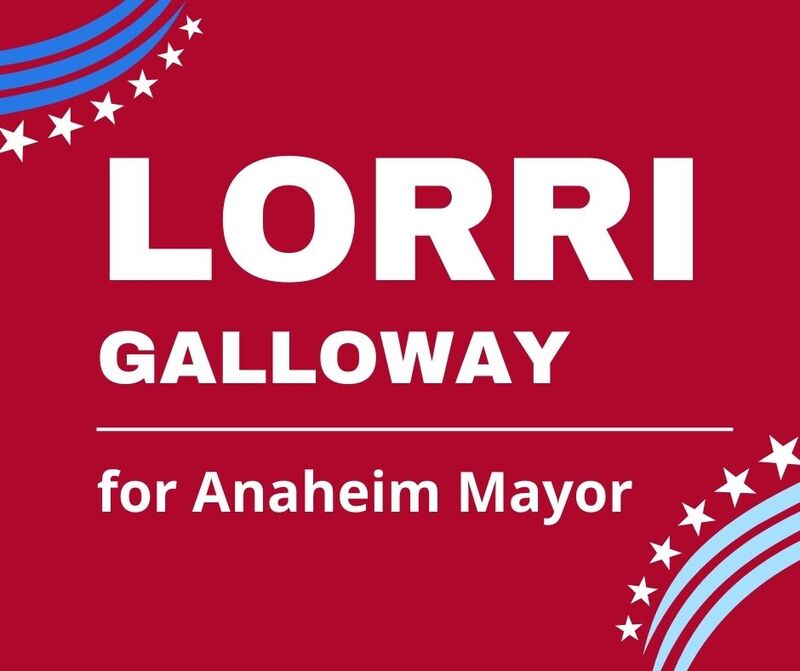 LORRI GALLOWAY FOR ANAHEIM MAYOR
Lorri Galloway is the founder and Executive Director of the Eli Home for Abused Children, a Presidential Citation-winning nonprofit that has provided housing, counseling, and support services to homeless victims of child abuse and domestic violence for over 39 years.

Lorri was first elected to the Anaheim City Council in 2004 and re-elected in 2008 and remains the only Democratic woman to serve there. During her two terms on the council, Lorri served as Mayor Pro Tem and Director of the Orange County Transportation Authority. She left office in 2012 due to term limits.

Lorri has been a passionate voice for working families in Anaheim, fighting to improve underserved neighborhoods with new parks and infrastructure and bringing in over 2,500 new affordable housing units to the city. She also helped develop the Anaheim Family Justice Center, a centralized facility that ensures law enforcement and social service agencies coordinate with each other to better help victims of domestic, child, elder, and sexual abuse. This extraordinarily successful model now serves the entire Orange County region.

Lorri, a 46-year Anaheim resident, is married to her childhood sweetheart, Michael, and has two daughters and two grandchildren.