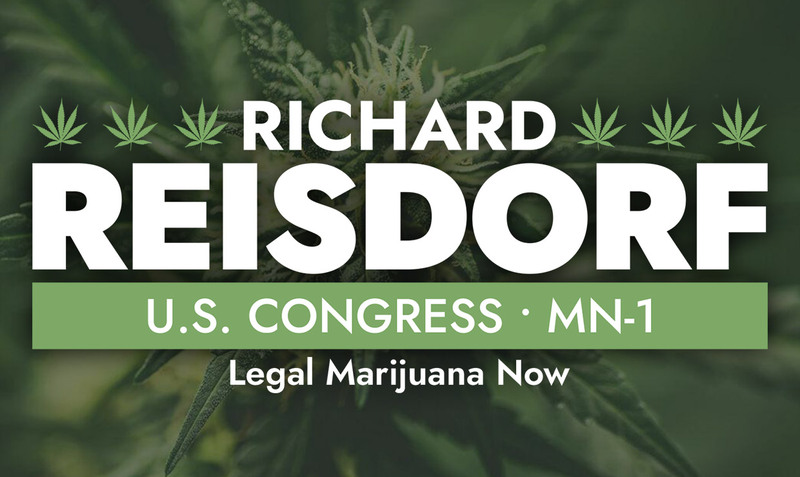 Reisdorf for the health of our Nation
Richard’s commitment and integrity are exemplified by his long history of public service. Marijuana also holds a significant place in the discussion of our growing healthcare crisis in the US. Medical Marijuana is available in 37 states but notably is not available in the federal veteran’s health services. Richard wants to change that. Federal restrictions create intolerable complexity and like all healthcare, the cost is prohibitive for many. Democrats have offered us the MORE Act. but the More act is not about the needs of the people, it’s about giving the federal government control of the markets and the tax revenue. Remove it as a schedule I drug and leave this to the states which have already taken a very strong lead on this issue.

The Legal Marijuana Party has a strategic focus on legalizing Marijuana but emphasizes that it impacts a broad range of social justice issues. The war on drugs has largely driven the disastrous influx of military-grade weapons into community policing and the influx of military surplus from our weapons industries. Richard believes it’s time to end the war on drugs. More broadly Richard believes it’s time to shift our economy away from the excessive military spending on counter-insurgency wars that the U.S. has engaged in since the gulf war began.

The future health of our nation depends on a strong peacetime economy. We appreciate your investment in America’s future.