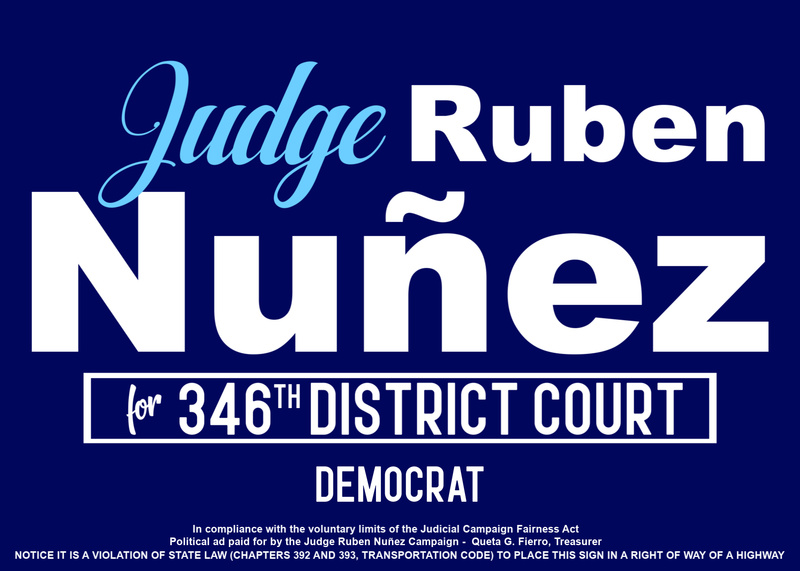 Judge Ruben Nuñez
Judge Ruben Nuñez is a proud Border resident and first-generation immigrant born in Cd. Juarez, Mexico. At the age of nine, his family moved to Lamont, California where he and his siblings toiled the fields picking onions to help supplement the family income. In 1979, the family moved to El Paso and in 1985 Judge Nuñez graduated from Austin High School.

As a newly naturalized United States citizen, he attended the University of Texas at El Paso while working full-time as a security guard, court clerk, and paralegal. Meanwhile, he continued to contribute financially to his parents. In December 1992, he graduated from UTEP and in 1995 he received his law degree from the University of Iowa, graduating with distinction.

Judge Ruben Nuñez is an example of pursuing the American dream, of hard-work and determination, and of overcoming obstacles to accomplish a successful law practice based on honesty, integrity, and respect for the judicial process.

Judge Ruben Nuñez is married to Barbara, and together they have two children.