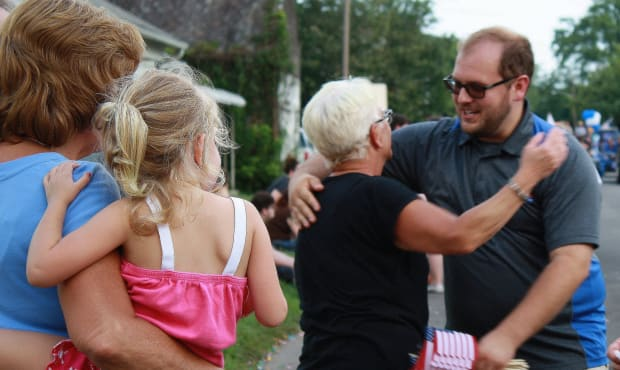 Fighting For Nelsonville
I love our hometown. And I love people. Nelsonville is one of the gems of Southeast Ohio and one of its best kept secrets. I proudly graduated Nelsonville York High School in 2010 and Ohio University in 2015. For 5 years now, I have been openly and proudly working to make Nelsonville a better place to live and position the town for success in the 21st century.

I hit the ground running after my election in 2015, writing my first legislation just 3 months into the job called the Balanced Budget Ordinance. Facing a budget shortfall of over $900,000 a year and a fiscal crisis on the horizon, I believed the reigning in Council's spending impulses would buy us the necessary time to get the city back on track. It passed 6-1 and impacts city services and life to this day. It was that debate that showed me how passionate I was about getting the city's finances healthy so that we could count on a better future. That's why I'm running to continue representing Nelsonville as our City Auditor.

I believe strongly that someone running for office should make promises carefully and deliberately. With that in mind, I promise to work relentlessly for a healthier financial future for our town so that we can not only maintain city services, but build them into a 21st century Nelsonville. I will work diligently to review every city purchase so that our tax dollars are spent with purpose and I will ensure that if we make sure everyone pays their fair share just like you do every year. Lastly, I will make sure to never craft a city budget that leaves our town in worse shape financially than the year before.

The last four years serving our town of Nelsonville have been some of the best of my life. I have learned just how difficult the job can be when big, tough decisions are placed on my table. More importantly, I have been lucky enough to work on and resolve many issues that may seem small to some, but for others, are the biggest problem they face at that moment. Now, Im asking your help to serve Nelsonville as your City Auditor. Let's do this!